Some of the most beautiful and famous places in Tuscany can be reached in less than an hour by car, departing from Celsa.

From the Italian garden and the swimming pool, you can see Siena on the horizon as if you were looking a fourteenth century painting with the Arbia valley, Mount Cetona and Mount Amiata in the background.  Siena is only 20 km away, you can also reach Florence and the airport of Peretola in an hour, whereas Rome is two and a half hours away. Other places that can be easily reached are: Monteriggioni with its towered walls described by Dante, the world heritage sites of San Giminiano and Pienza, the Chianti vineyards, medieval boroughs and monasteries, the villas of Siena with their beautiful gardens. 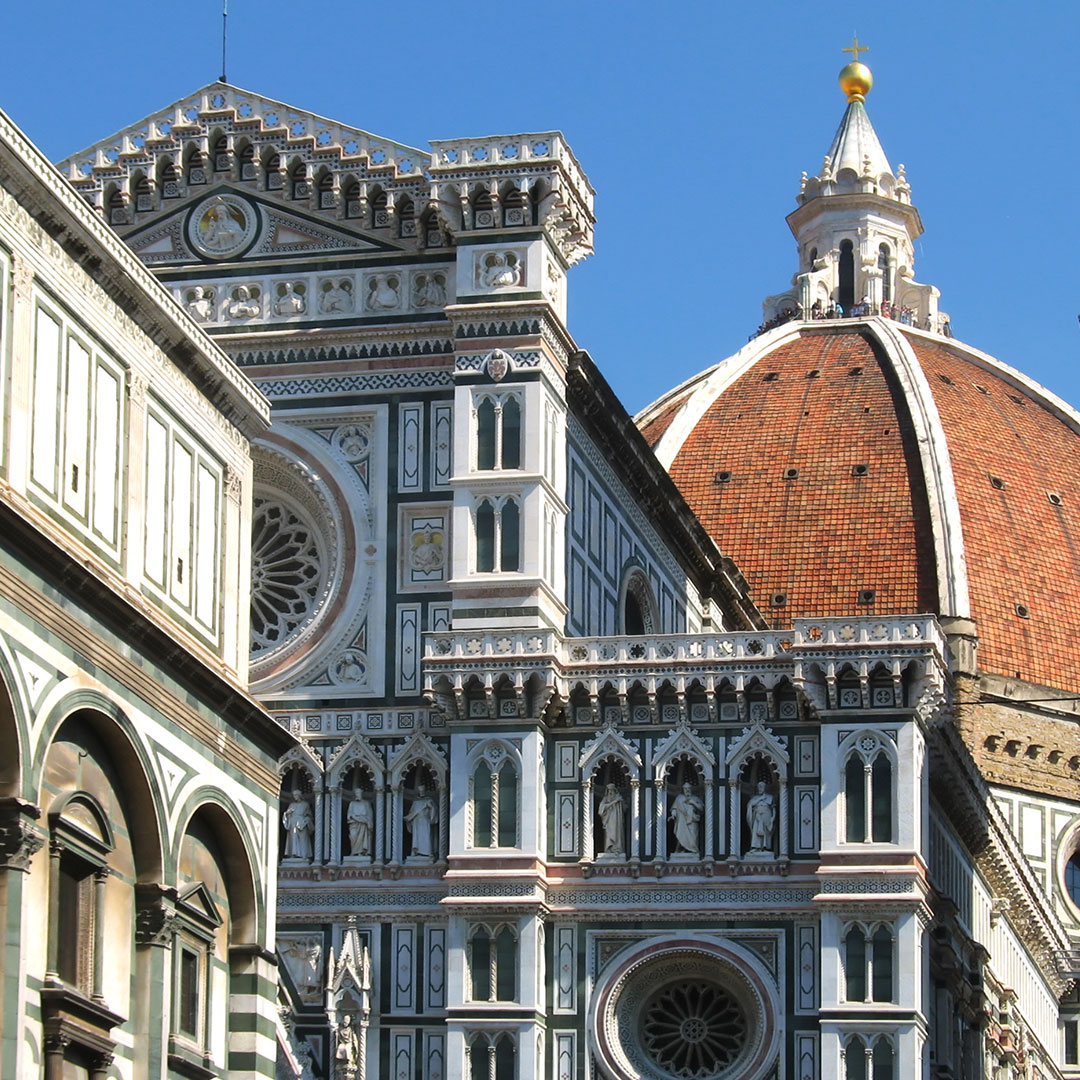 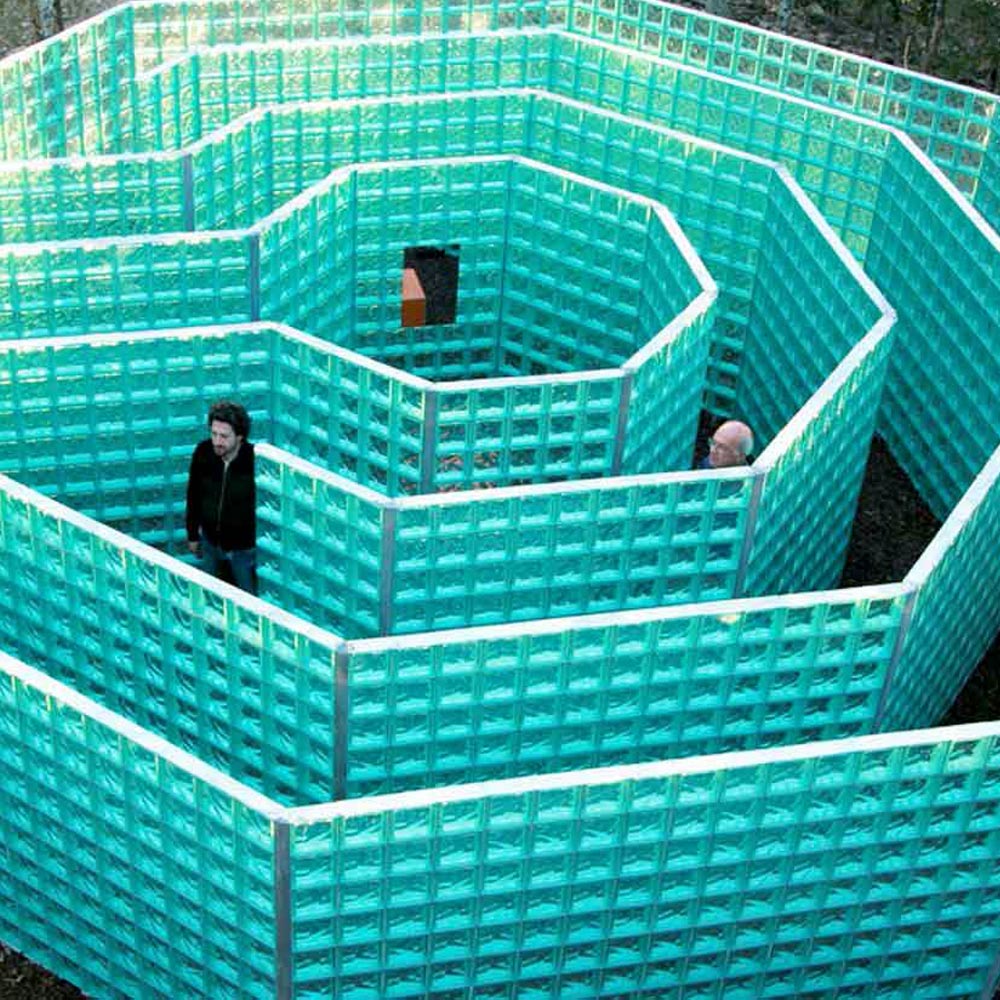 Pieve di Ponte allo Spino – 9 km. Located in the plain of Sovicille, one of the main examples of Romanic architecture around Siena.

Eremo di Lecceto – 11 km. Walled monastery built in 14th century on the place of an old hermitage. A place of peace and tranquillity in the nature, currently run by the Augustinian cloistered nuns.

Torri – 14 km. This tiny medieval village, surrounded by old walls, is known for the Abbey of Santa Mustiola and its spectacular cloister.

Castello di Belcaro – 15 km. First built during the 12th century, it once belonged to the Medici family, it overlooks majestically the countryside.

Cities of Art and Culture

Siena – 17 km. The city that hosts the famous medieval horse race “il Palio”!, held every year on the 2nd July and 16th August). It has contended with Florence for supremacy over the area until the 15th century, famous for its Piazza del Campo, its Cathedral – that wasn’t completed because of a terrible plague – the baptistery, the Pinacoteca and important frescos by Simone Martini

Colle Val d’ Elsa – 18 km. This beautiful medieval town is called The City of Crystal, because of the glass craftmanship, is the native town of Arnolfo di Cambio. The modern district displays contemporary architecture by Giovanni Michelucci and Jean Nouvel.

Monteriggioni – 18 km. A charming walled Medieval town, whose towers has been cited by Dante in the Divine Comedy, has preserved its original character.

San Gimignano – 32 km. The Medieval city centre is in the UNESCO world heritage list and it is famous for its numerous towers that local families were constantly building as a testimony of their wealth. As a result, its skyline is recognizable from a long distance amid the countryside. The rich churches and frescoes deserve a visit.

Abbazia di San Galgano – 38 km. The Abbey belonging to the Cistercians is highly suggestive and is right next to the Chapel of Montesiepi, famous for the sword in the stone.

Volterra – 47 km. The city was built on an Etruscan settlement, is famous for its alabaster, for its Dome, Baptistery, the Etruscan Museum, the Priory Palace and the military fortifications belonging to the Etruscan and Medici periods.

Firenze – 70 km. The Cathedral with Brunelleschi’s Dome, Giotto’s Bell Tower, the gallery of the Uffizi, Piazza della Signoria, Michelangelo’s David, Botticelli’s Venus, the Gardens of Boboli: just some of the sights you can see when you visit what’s known as the “Cradle of the Renaissance”.

Pienza – 73 km. A modest borough until 1462, when it was completely rebuilt and remodelled during the period of Pope Pio II Piccolomini.  It took 4 years to complete Bernardo Rossellino’s project, creating what is renowned as the “touchstone of Renaissance urbanism”. Since 1996, the town a World Heritage Site, and few years later the entire Val d’Orcia was included on the list of Unesco’s World Cultural Landscapes.

Wine-Tasting
The Chianti region, between Siena and Florence, is renowned for its wines. Not far from Celsa, you can visit some of the most appreciated wine cellars and wine shops by visitors from all over the world. We can book a guided tour and wine tasting for you:
– Cantina Antinori, Bargino – San Casciano Val di Pesa (FI) – The futuristic wine cellar inaugurated in 2012. Book a guided tour in english and italian.
– Tenuta di Lilliano, Castellina in Chianti (SI) – Wine tasting and visit to the wine cellars.
– Enoteca di Fonterutoli, Località Fonterutoli – Castellina in Chianti (SI) – Wine tasting and guided tours, with a sommelier. 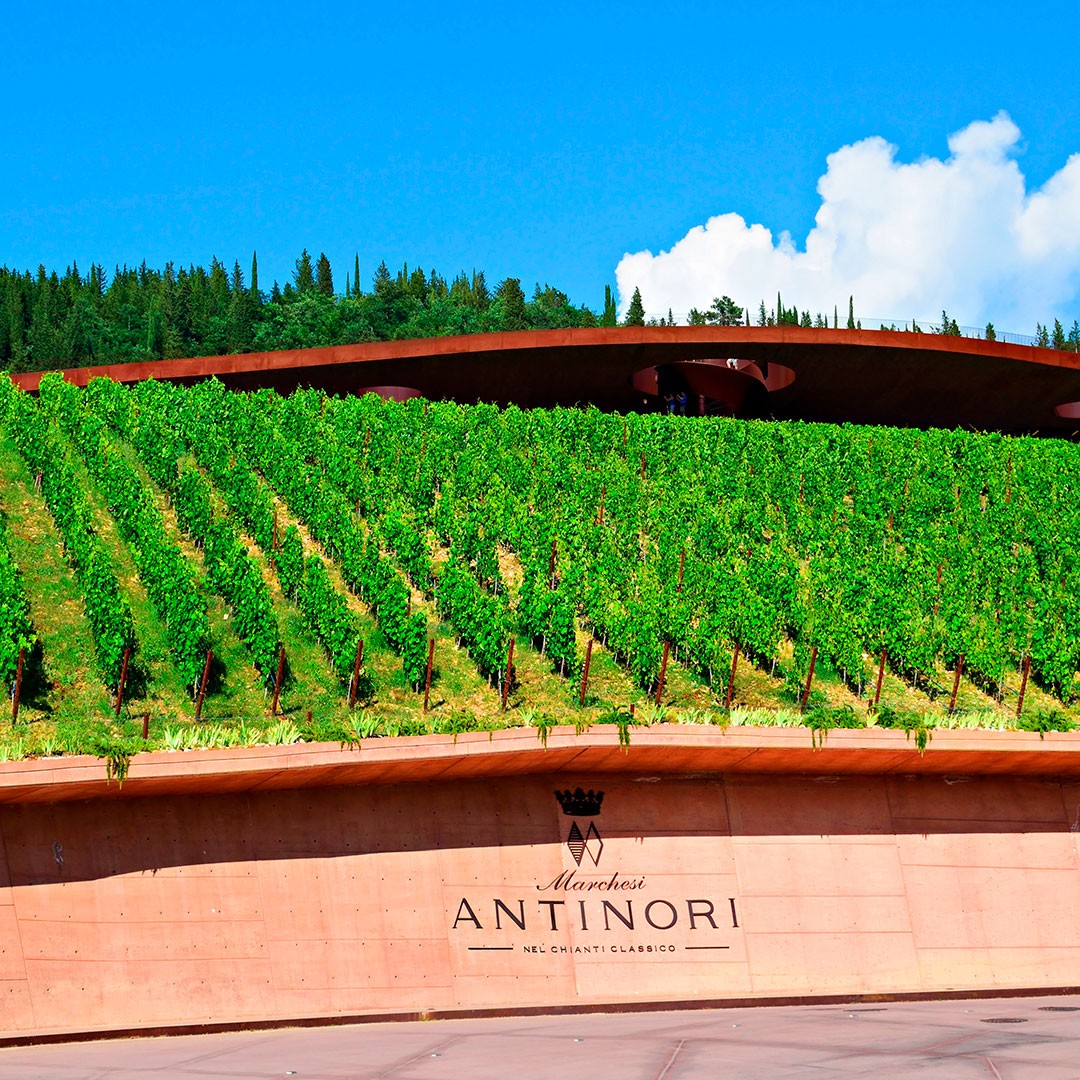 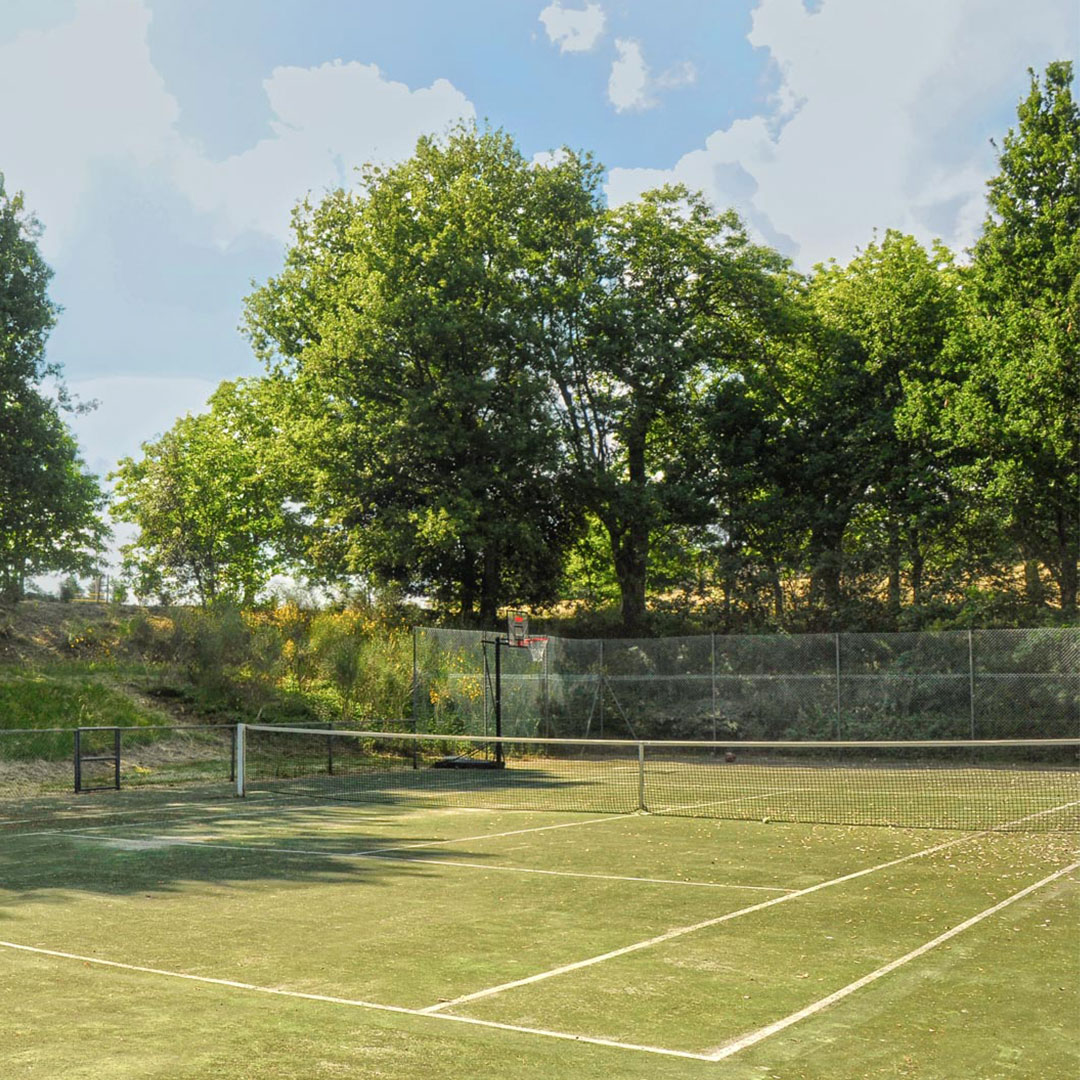 Leisure activities in the property

Beauty treatments and different massage techniques.
Cooking classes: learning to recognize and cook typical dishes from the Tuscan tradition is one of the most pleasant ways to understand better the tradition and the essence of a land. With the support of local cooks, we can organize cooking classes for experts or novices. Classes can last one day or the duration of your stay. They can be held at the Limonaia or at the Barn, depending on the size of your group.
History courses: Tuscany is the crane of medieval and renaissance arts and extraordinary works of art and buildings of those centuries are to be found in its land. Thanks to the support of art and architecture historians, you will be able to recognize the different styles, appreciate the details and get a better understanding of the circumstances that allowed such an extraordinary blossoming and development of arts and architecture.

Tennis: there is a tennis court in the property, where you can play tennis or book a private lesson.
Nordic Walking: guided tour in the surrounding hills, you can also organize a walk with visits to the cultural attractions of the area.
Horse riding: horse rides can be organized at the riding schools close to the property.
Gite in bici: Celsa and the surrounding hills of the Montagnola Senese are part of the “Grand Tour della Val di Merse”,  a 173 km long cycling and touristic itinerary, mainly made by low traffic secondary routes, which will allow you to wander the surprising natural diversity of the Tuscan hills and reach some of the most characteristic medieval towns in Tuscany, including Siena.
Royal Golf La Bagnaia – 20 km: designed by renowned golf architect Robert Trent Jones Jr. on 130 hectares of land, the 18-hole course is perfectly harmonized with the beautiful surrounding areas and the hills of Siena. From the golf restaurant you will be able to admire the entire course. The Pro Shop offers a selection of the best golf brands. 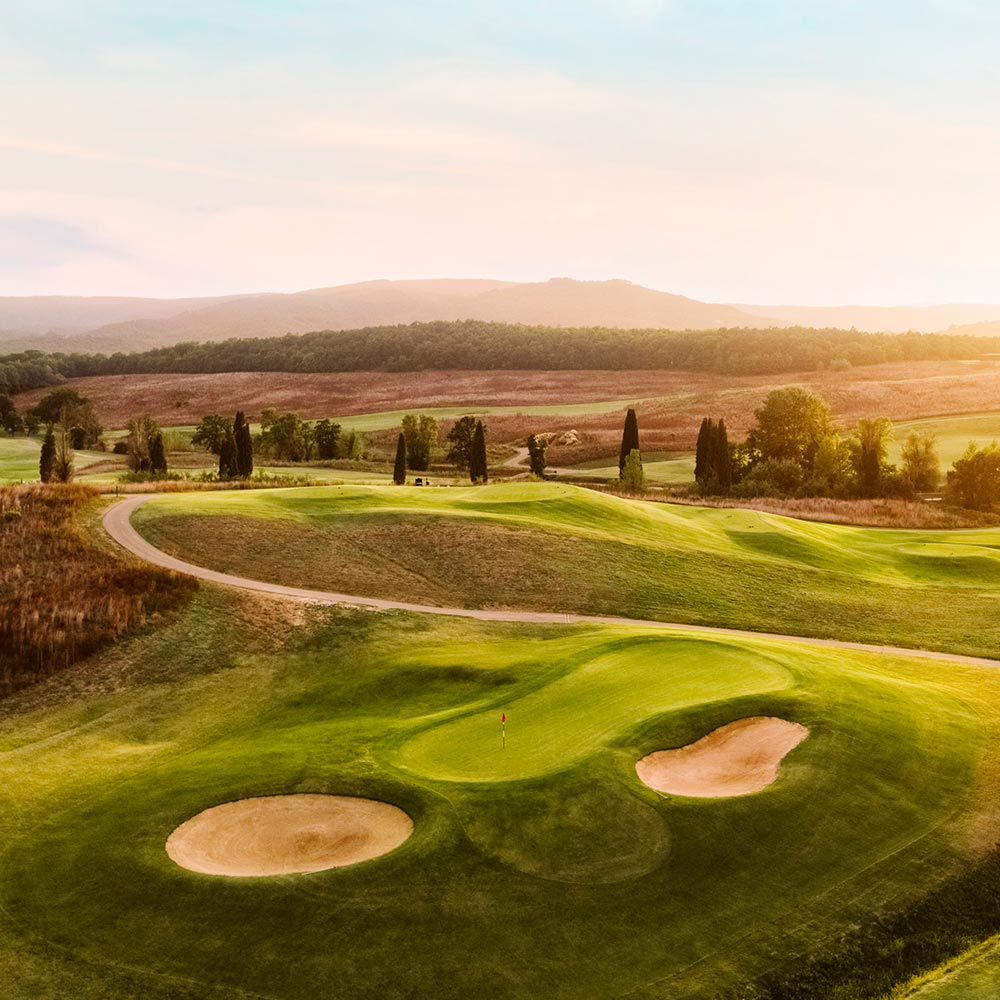